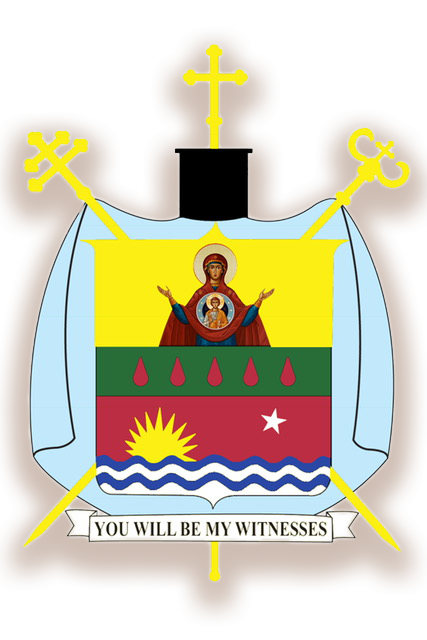 Diocese of Our Lady of Deliverance
Syriac Catholic Church in the United States of America
(Established: November 6, 1995 by St John Paul II)

Until 1995, Syriac Catholic congregations in the United States and Canada were under the jurisdiction of the local Latin Rite bishops of the Roman Catholic Church.

On November 6, 1995, Pope John Paul II erected the Eparchy of Our Lady of Deliverance, immediately subject to the Holy See, and appointed Bishop Joseph Younan as the first eparch, with his see at Newark, New Jersey.

In 2009, Bishop Younan was elected as Primate of the Syriac Catholic Church and Patriarch of Antioch and all the East of the Syriacs. In 2010, Pope Benedict XVI appointed Bishop Yousif Benham Habash as the second eparch.

On 7 January 2016, it lost its (southeastern) Canadian territory (then five communities in Ontario and Quebec provinces) to the newly erected Syriac Catholic Apostolic Exarchate for Canada. 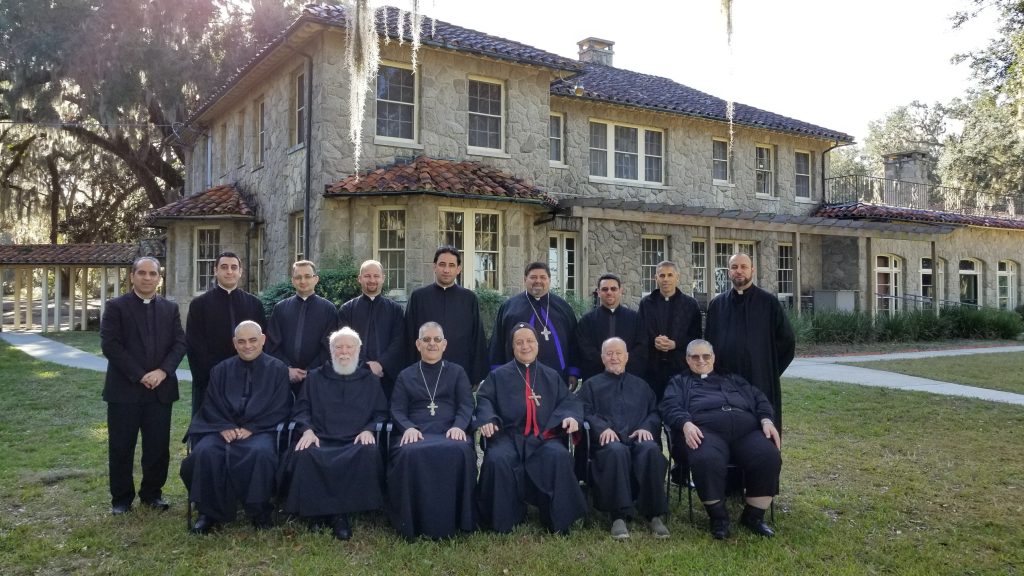 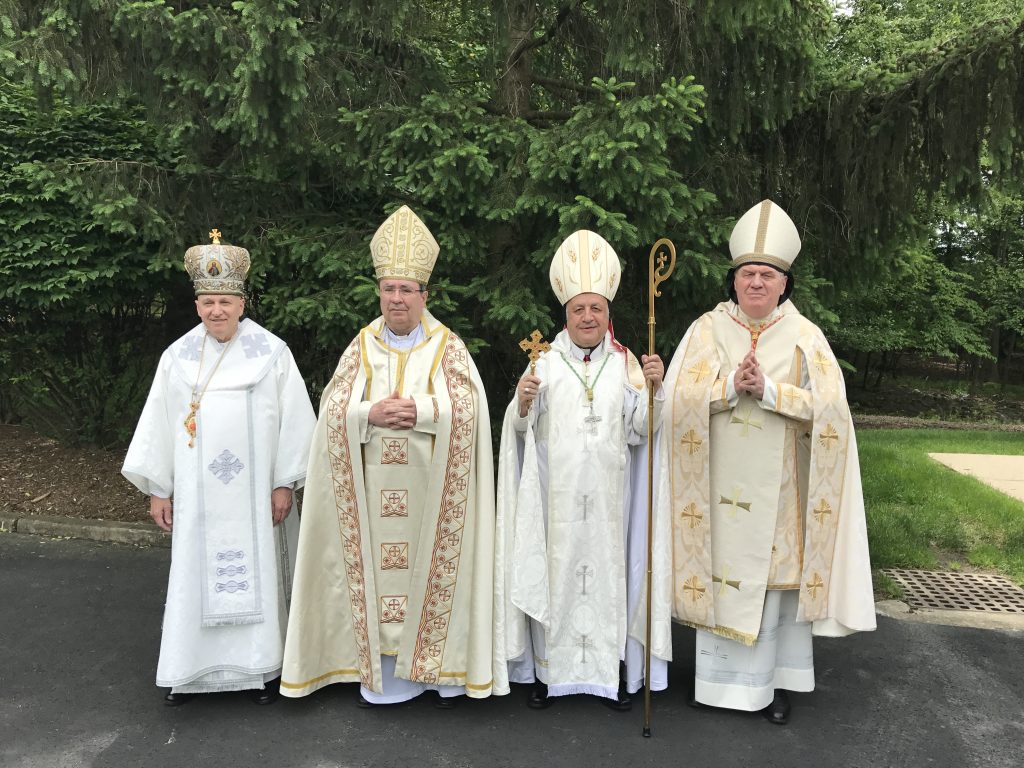 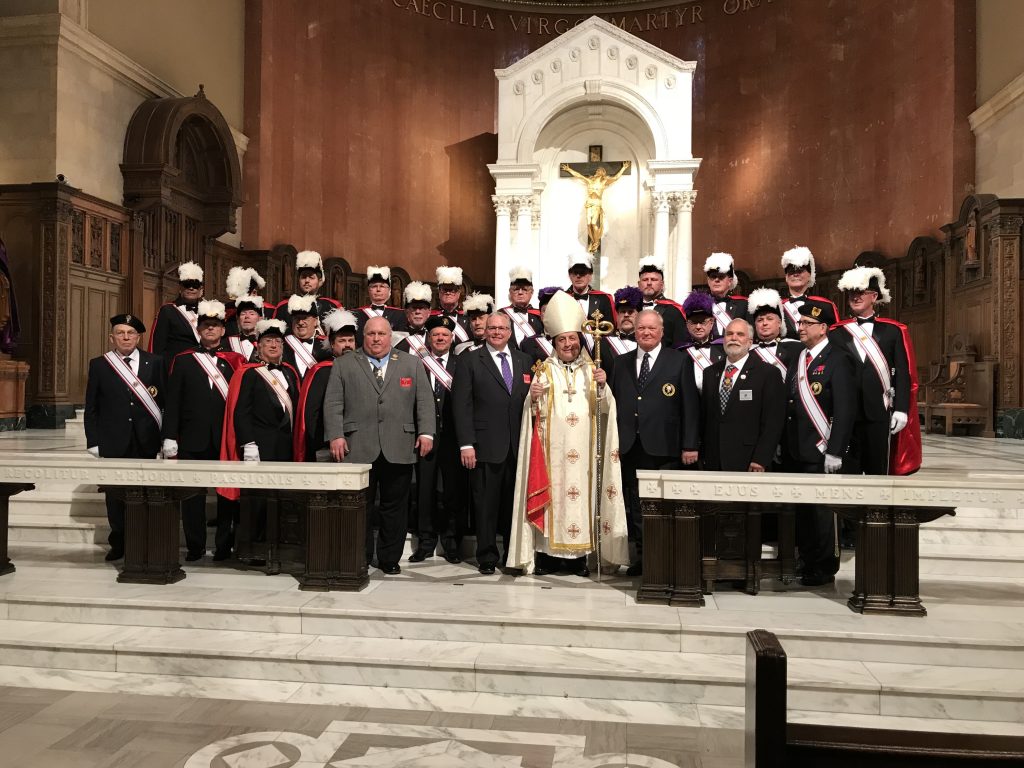 Bishop Habash together with the Knights of Columbus at the “Rebuilding the Cradle of Christianity” event in Omaha, NE on March 9 and 10, 2018

Antioch: The Syriac Catholic Church belongs to the See of Antioch (which prior to his departure to Rome, Saint Peter established) and extends it roots back to the primitive Christianity in the Orient. And in the Acts of the Apostles we are told that it is in Antioch where the followers of Jesus for the first time were called “Christians” (Acts 11:26).

History: In the time of the first Ecumenical Councils, the Patriarch of Antioch held the ecclesiastical authority over the Diocese of the Orient, which was to be extended from the Mediterranean Sean to the Persian Gulf. Its scholarly mission in both languages: the Greek and Syriac was to provide the world and the Universal Church with eminent saints, scholars, hermits and pastors. Among these great people are Saint Ephrem (373), Doctor of the Church, Saint Jacob of Sarug (521) Dionysius Bar Salibi (1171) and Gregorius X Bar Hebraeus (1286).

Liturgy: The Syriac Rite is rooted in the old tradition of both churches of Jerusalem and Antioch and has ties with the ancient Jewish Berakah and is usually called the Western Syriac Rite. The main Syriac Liturgy is called the “Anaphora of Saint James” (brother of the Lord).

The People: Throughout history the Syriac people have been known as the “Arameans” who were from the Biblical countries of Aram near the Tigris and Euphrates Rivers and were the first disciples of our Lord Jesus Christ.

Language: Their ancient Semitic language is known as Aramaic (or “Syriac” after the time of Christ since the majority of people who spoke this language belonged to the province of “Syria”). It is the same language that was spoken by Jesus, Mary and the Apostles and is still the language used during the liturgy. Many of the ancient hymns of the Church are still maintained in this native tongue although several have been translated into Arabic, English, French and other languages to benefit the faithful.

Union with Rome: The Syriac Catholic Church was formally and officially united with Rome in 1781